An All Women Writers' Room
3

TellHerVision is an all women writers’ room pilot created by ERA5050, led by professional comedy mentors and supported by ScreenSkills using National Lottery funds awarded by the BFI as part of the Future Film Skills programme, and in partnership with the Comedy 50:50 initiative. Strategic partners also include Hat Trick Productions and TIMESUP UK.

TellHerVision has been created to directly address the current gender inequality in TV comedy writing and the lack of access to comedy writers’ rooms for women as part of ERA5050’s strategy to create lasting change in the industry.

Eight writers’ have been given the task of creating and writing an episode in the style of the British studio sitcom with women in the lead roles, giving women professional paid experience of a writers’ room, working to a specific brief and building confidence through mentoring.

TellHerVision aims to establish a pipeline of exciting female comedy writers with new POVs, engaging with broadcasters and production companies to demonstrate that women can write brilliant comedy. 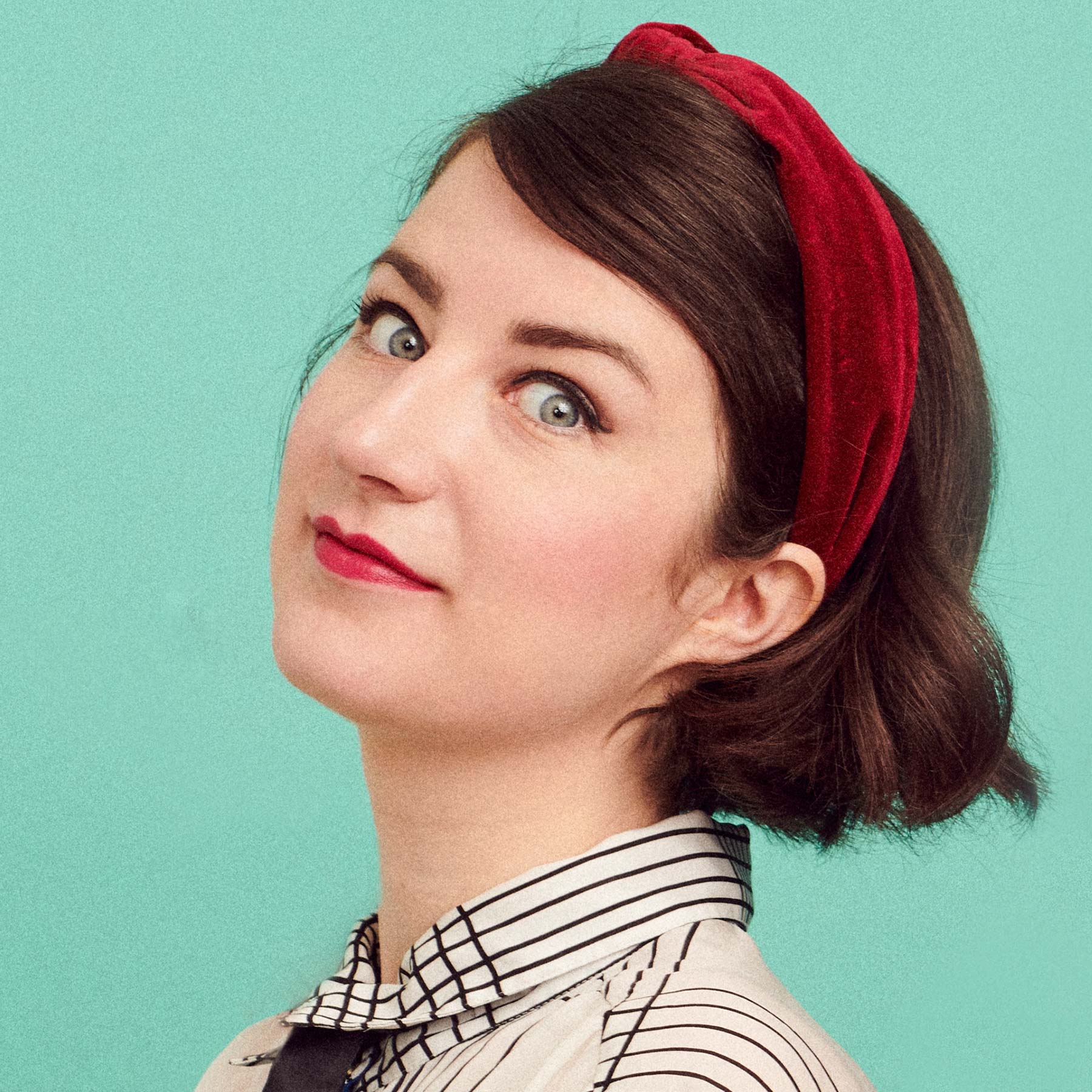 Rhiannon trained as an actress at LAMDA. She was runner up in the Funny Women Comedy Writing Award 2017 and has just completed her first play Supernova.

She is one half of musical comedy duo Stiff & Kitsch (Musical Comedy Award Winners 2018, VAULT Comedy Award 2017). Their shows Adele is Younger Than Us and Bricking It were official EdFringe sell-outs before transferring to the Soho Theatre.

Their ‘Facebook Song’ featured on Comedy Central UK and The Hook and they have collaborated with BBC Three on a New Year’s Eve Quickie as well as being the faces of the Kinder Bueno ‘Adulting’ campaign. They are currently working on new musical Another Girl. 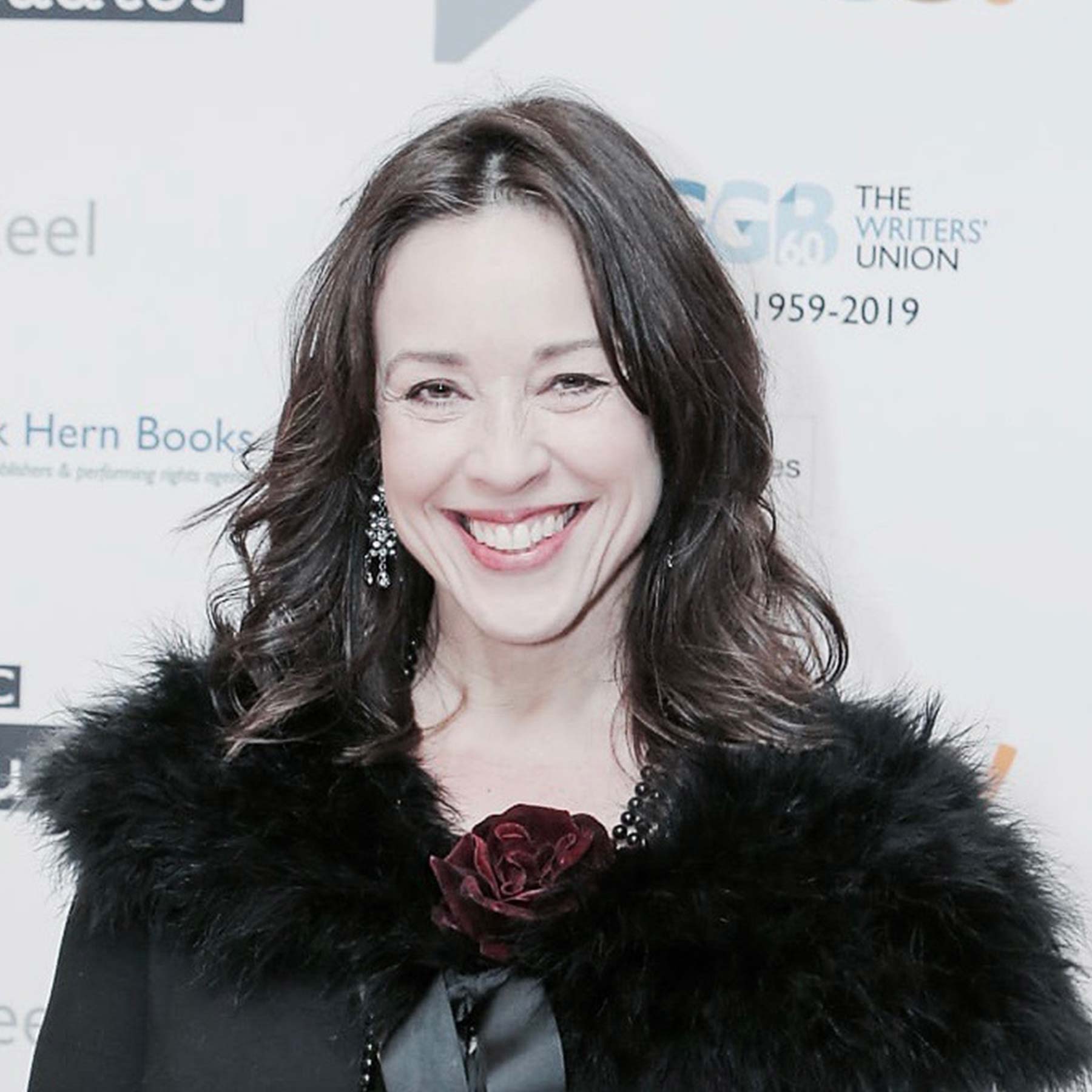 Christine is a writer, actor and director. As well as theatre and short film, most recently she has written several plays for Radio 4 and adapted the Gill Simms books ‘Why Mummy Drinks’ and ‘Why Mummy Swears’.

She won the BBC Writer’s Prize and The Funny Women writing Award 2015, the BBC Radio Comedy Award 2017 and was Writers’ Guild Nominee for Best Radio Drama 2019.

Her web series Fairy Job was created with Kirsty Woodward. She is currently adapting her radio comedy drama DoYouWishToContinue for TV. 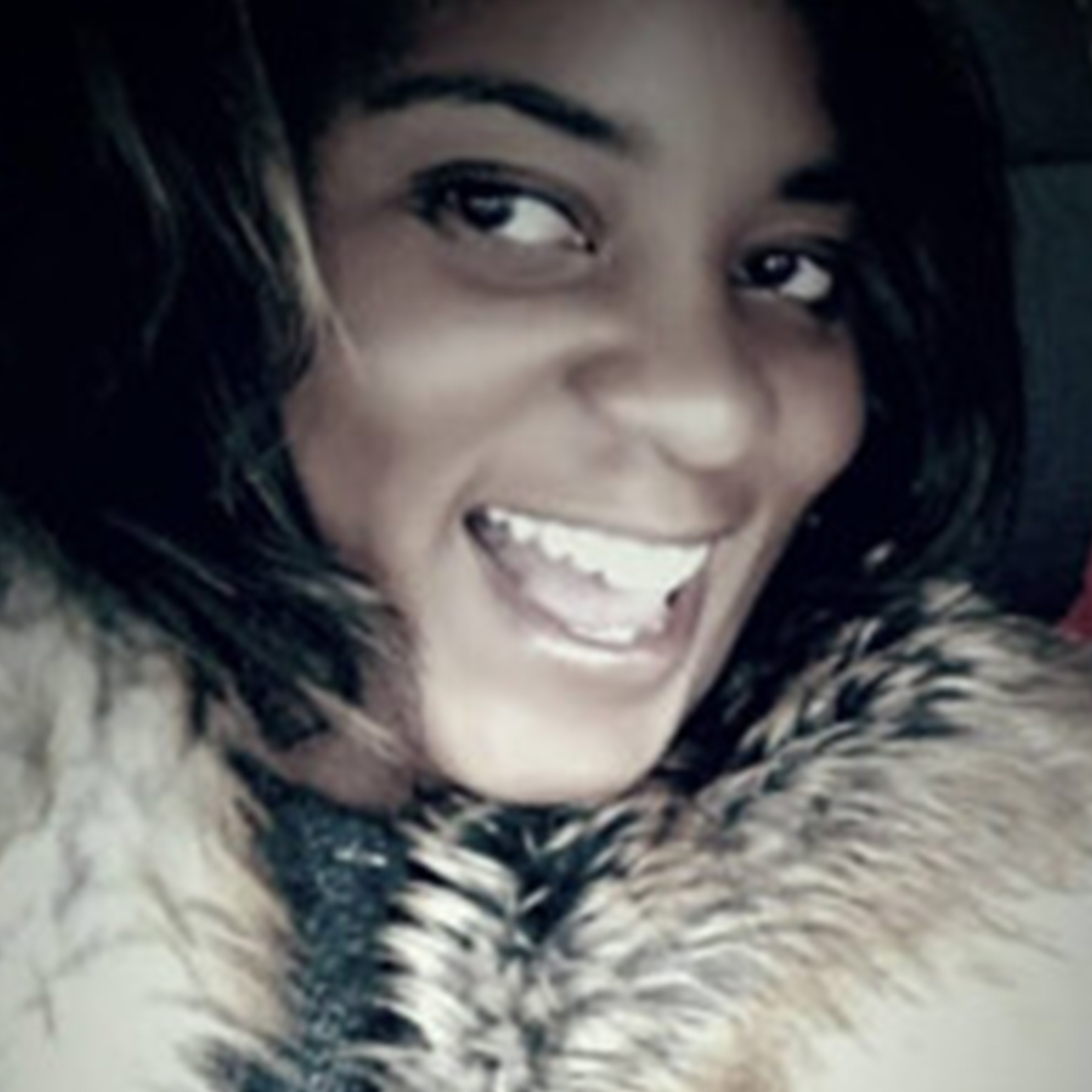 Two time award-winning screenwriter Sinitta Monero, penned the scripts Bosh and Sara White & The Seven Socialites which saw her go on to complete the Channel 4 Screenwriting course in summer 2019 and become one of the final six screenwriters considered for the four stories on the edge anthology series in 2020.

Sinitta is best known for her comedy web series Suffering, which is currently available on Black and Sexy TV’s VOD platform. 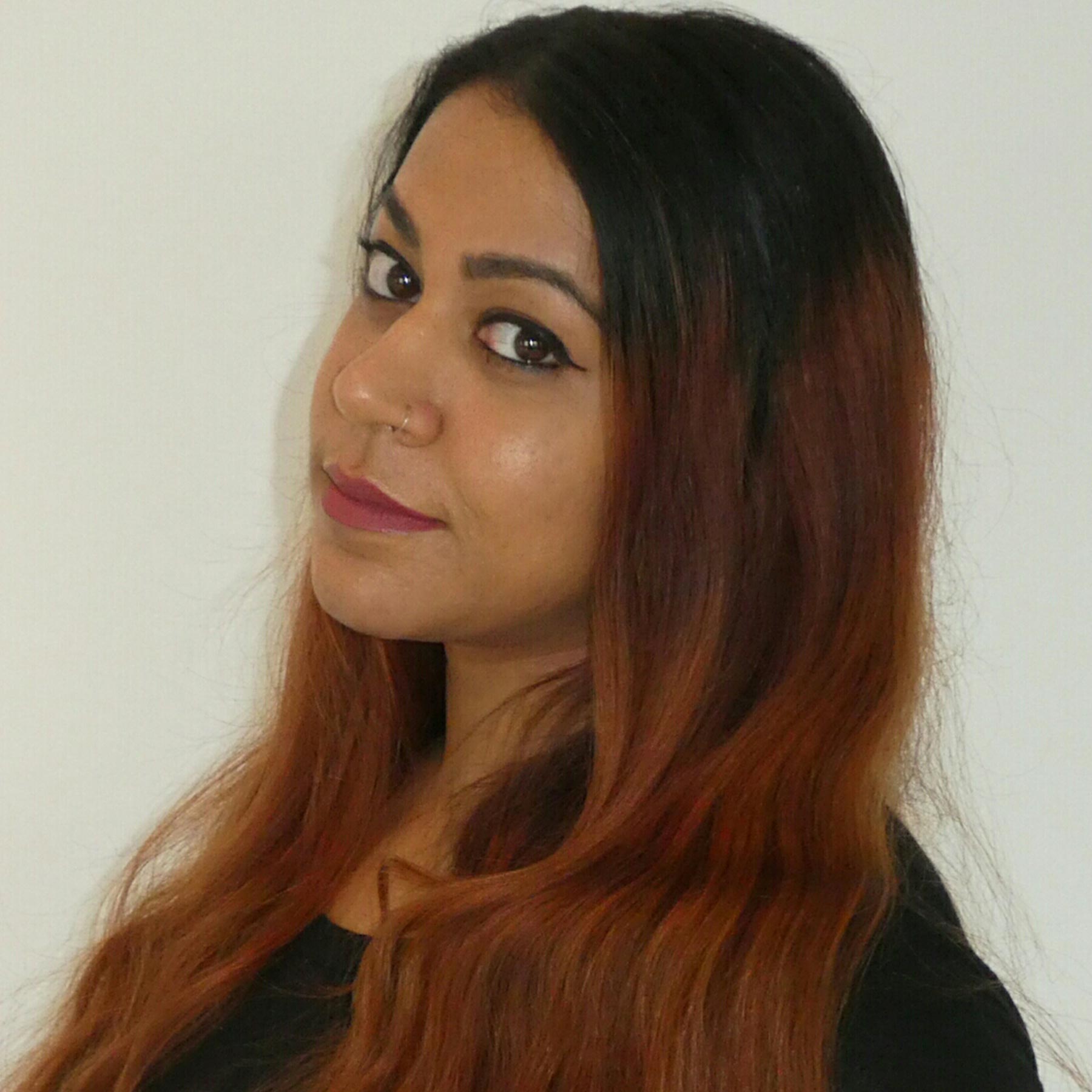 Bas has over five years as a stand-up comedian, sharing a line up with acts such as Scott Capurro, Dane Baptiste and Kate Smurthwaite.

She has also spent many years writing and developing comedy sketches and sitcom scripts, having gained recognition from the BBC and producers within the industry. 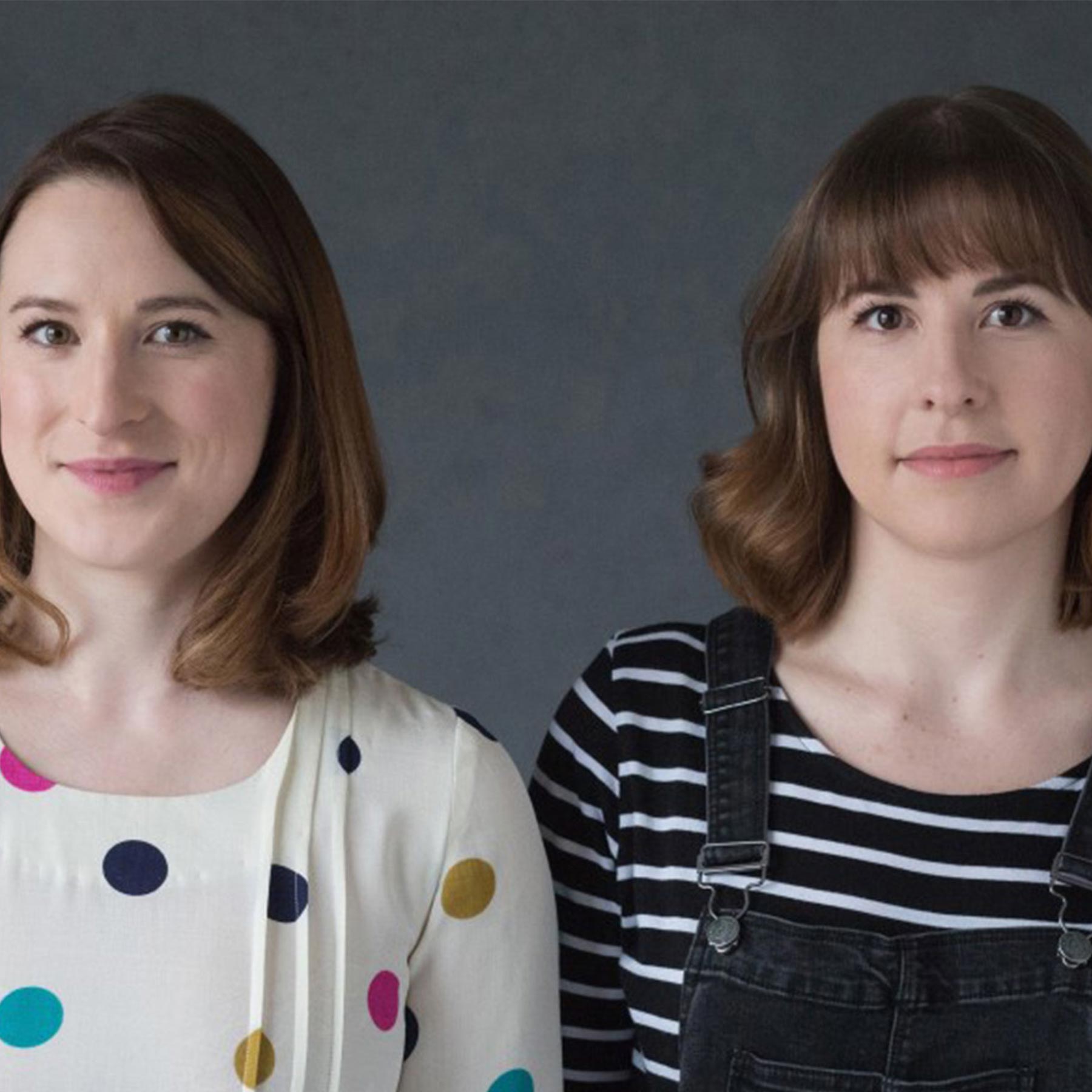 They are best known for their darkly comic double act Toby and have produced several highly acclaimed shows for Pleasance Courtyard and Soho Theatre. 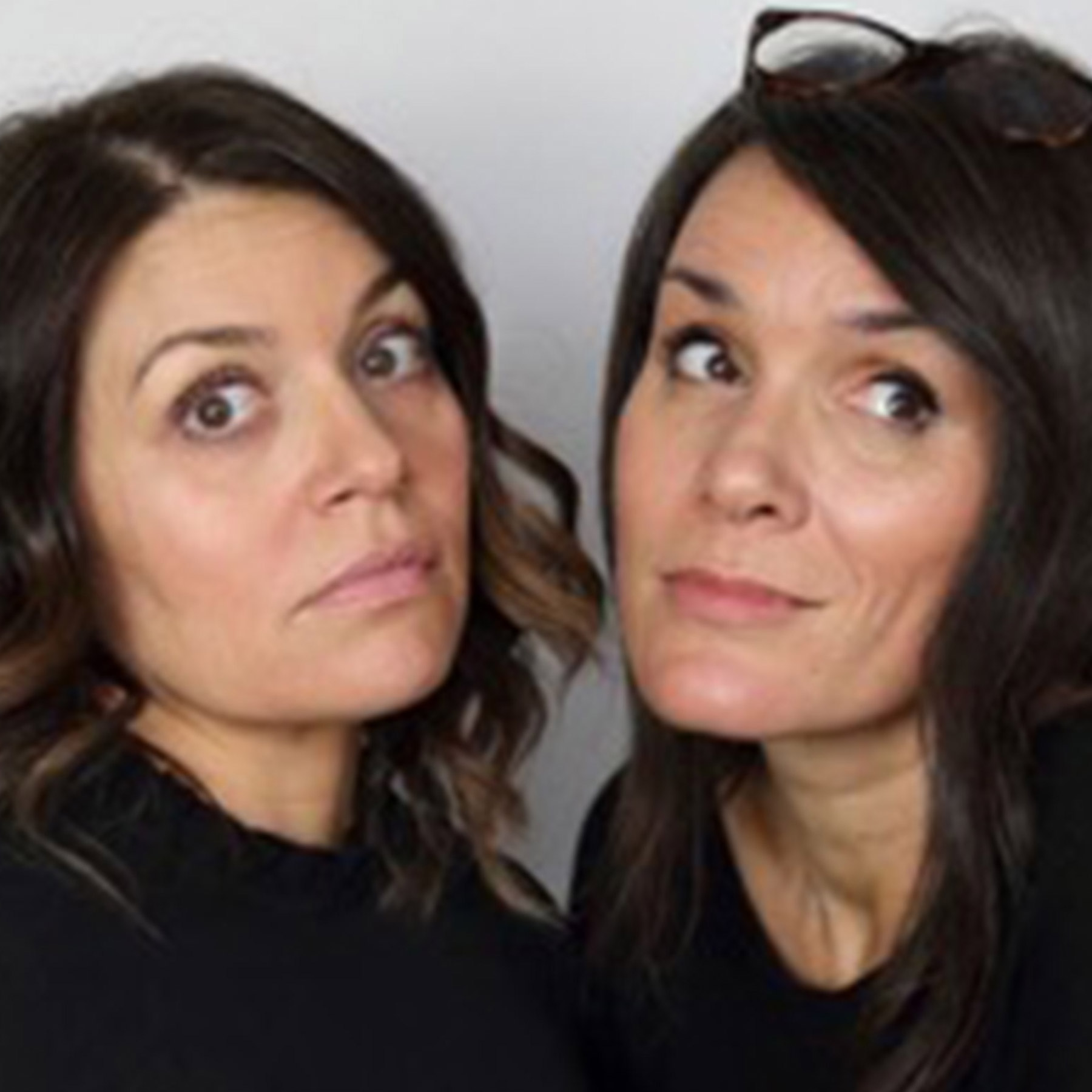 Georgia trained at The Royal Central School of Speech and Drama and has spent over 20 years working in film, television and theatre. Across a varied career she has starred alongside Phil Daniels in the BBC’s BAFTA nominated series Outlaws; with Reece Shearsmith in BBC comedy TLC; opposite Kris Marshall in the RomCom Catwalk Dogs and in Hot Money with Caroline Quentin and Melanie Hill.

She is soon to reprise her role as pathologist Dr Leanne Balcombe in ITV’s Unforgotten. Charlotte read English at UCL and ran her own publishing company for more than a decade before her initial foray into writing resulted in an option from Tiger Aspect for her first script – a sitcom inspired by her husband’s complete lack of social awareness and its negative impact on her standing in the community. Subsequent scripts have been optioned and developed for TV and radio. 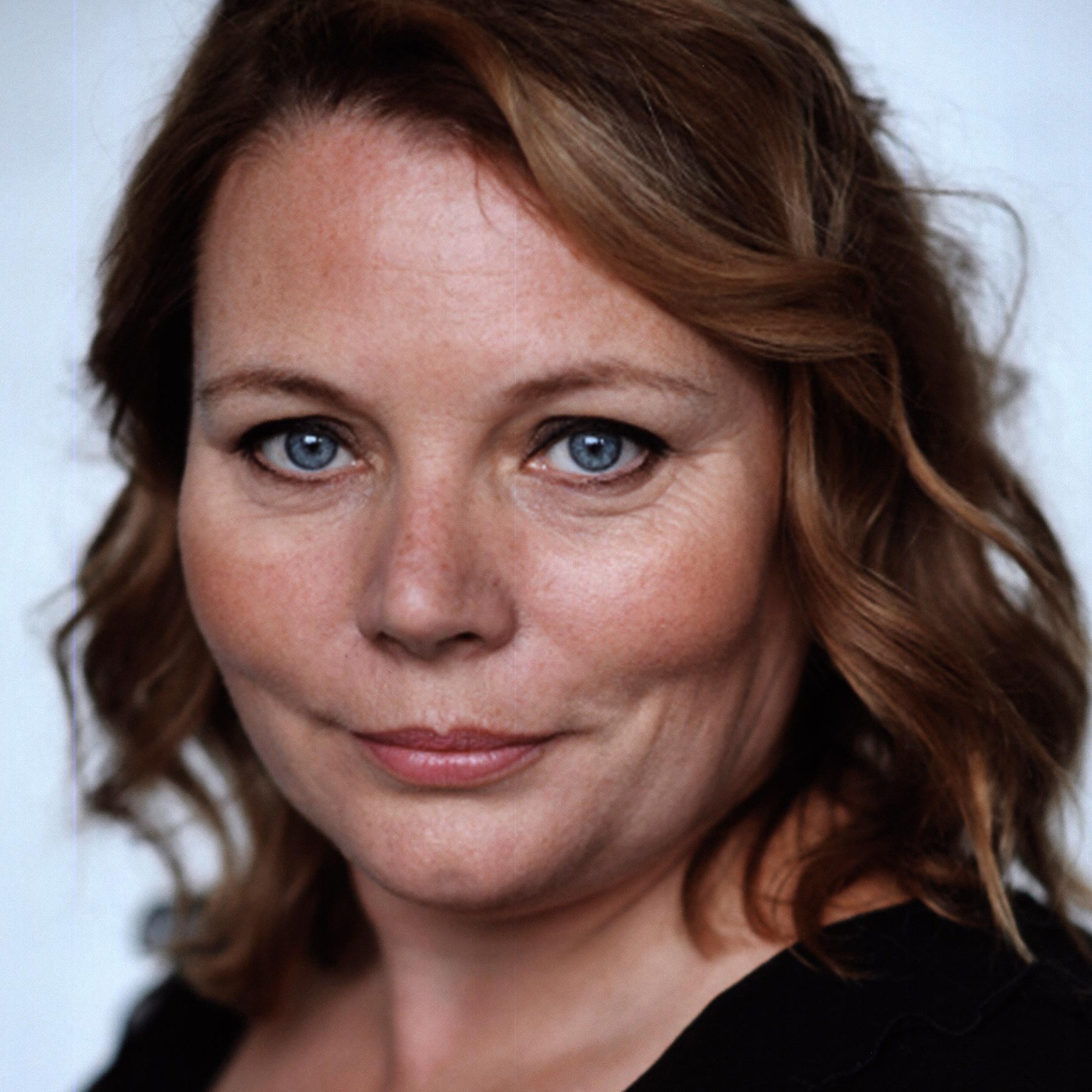 Joanna’s recent film credits include The Voyage of Dr Dolittle (Universal), How to Build A Girl (Film4), Pin Cushion (BFI), How To Talk To Girls at Parties with Elle Fanning & Nicole Kidman (See Saw Films), Bridget Jones’ Baby based on Helen Fielding’s 2006 columns (Universal), the film fills in the gap between the last film and her subsequent book ‘Mad About the Boy.’

Other film credits include Joanna’s hugely celebrated performance as Charles Dicken’s wife in Ralph Fiennes directed The Invisible Woman (BBC Films), Get Santa (Scott Free), The Testament of Youth (BBC Films), In The Loop (BBC Films), Bad Education The Movie (Cave Bear Prod), The Other Boleyn Girl, Stardust, Notes on a Scandal and The Girl With A Pearl Earring and Kinky Boots. Her TV credits include McDonalds and Dodds (ITV), The Accident (CH4), Dracula (BBC), the critically acclaimed Requiem for BBC, Crazy Diamond by Philip K Dick (CH4), The Woman in White (BBC), Mapp & Lucia (BBC), Rev (BBC), Getting On (BBC), The Thick of It (BBC), Fungus the Bogeyman (SKY).

Joanna wowed audiences in Channel 4’s hit show No Offence playing the lead detective Viv Deering which went on to have three series. Other recent TV shows include Hold the Sunset (BBC) and The Turning written by Julia Davis.

Joanna has been BAFTA nominated for Best Female Performance for her role in Getting On and twice nominated for her screenwriting on the show, which she co-wrote. The comedy series was adapted for an American audience with HBO, with Joanna onboard as an executive producer and she was a guest star in the American version reprising her role as ‘Denise Flixter’.

Joanna also co-wrote and starred in the hilarious comedy drama Puppy Love (BBC) with Vicki Pepperdine. On stage, Joanna has worked with Thea Sharrock in her production of Cloud 9 at the Almeida Theatre and Top Girls, with Rufus Norris in Vernon God Little at The Young Vic and featured in Polly Teale’s Madame Bovery. Joanna has recently finished filming the lead in a feature film After Love and can be seen in McDonald and Dodds on ITV. She also has a production company with Vicki Pepperdine called George & George Co and is responsible for the Sex Lives project on Instagram. 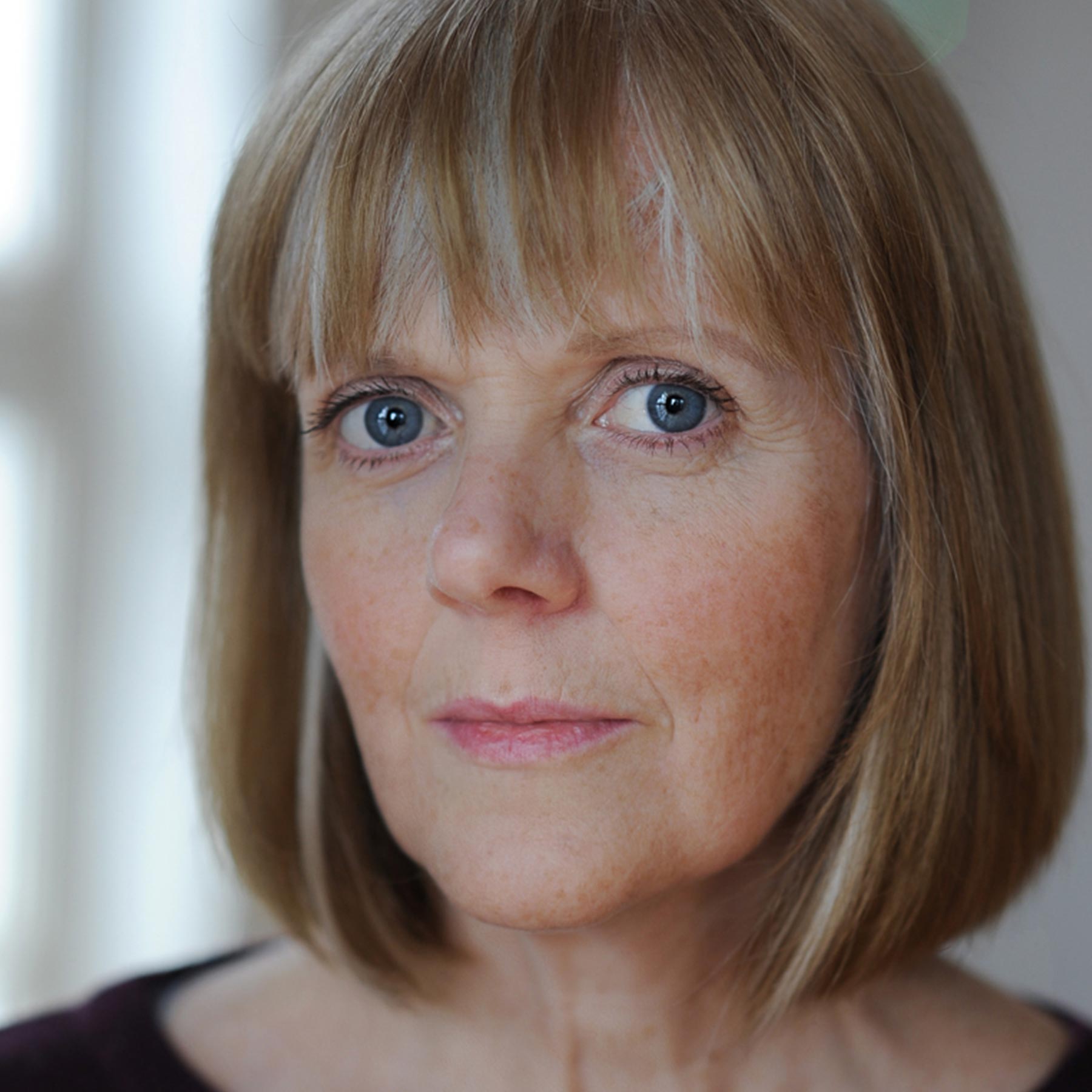 Polly’s recent credits include This Time with Alan Partridge (BBC) and The Windsors (C4). 30 years as a professional actress include seasons with the RSC, The Peter Hall Company and appearances in the West End include Piaf at The Piccadilly, Becket at The Haymarket Theatre and Enlightenment at Hampstead Theatre. Series include The Thick of It (BBC), Desperate Romantics (C4) and Anne (ITV).

In 2016, Polly co-founded Equal Representation for Actresses (ERA5050) alongside friend and fellow actress Elizabeth Berrington. ERA5050 launched their high profile and award-winning campaign at BAFTA and since then have garnered support from all quarters in the film, TV and theatre industries.

Polly has driven the campaign from the very start using the credibility of the campaign to influence decision makers to increase the numbers of women on stage and screen. The ERA5050 Comedy Writers’ Room project is a practical way to address the gender inequality in comedy above and below the line. 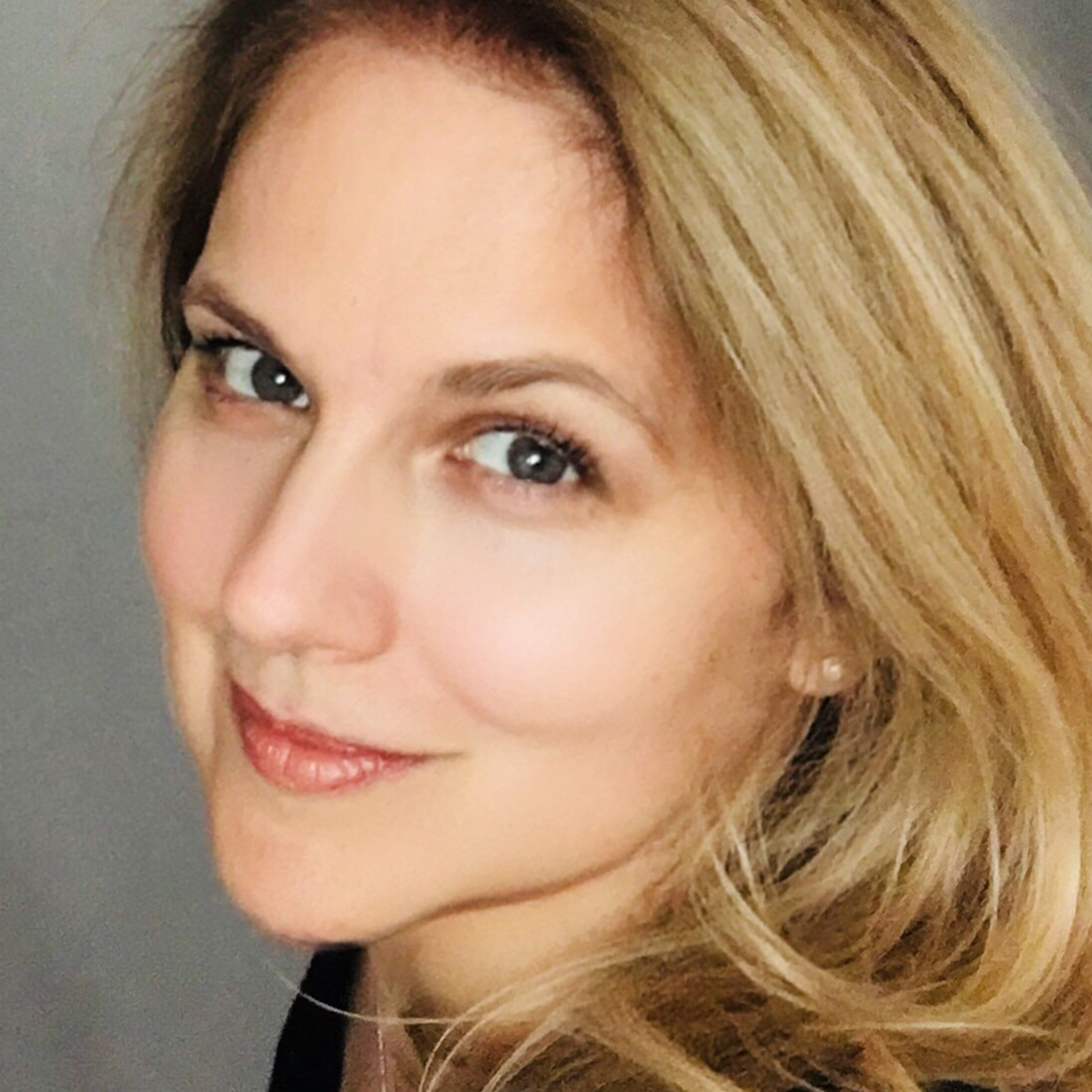 Michaela has worked with many talented writers including Caroline Aherne, Jeff Pope, Derren Litten and Catherine Tate, she brings a passion for comedy and a wealth of experience to the TellHerVision. 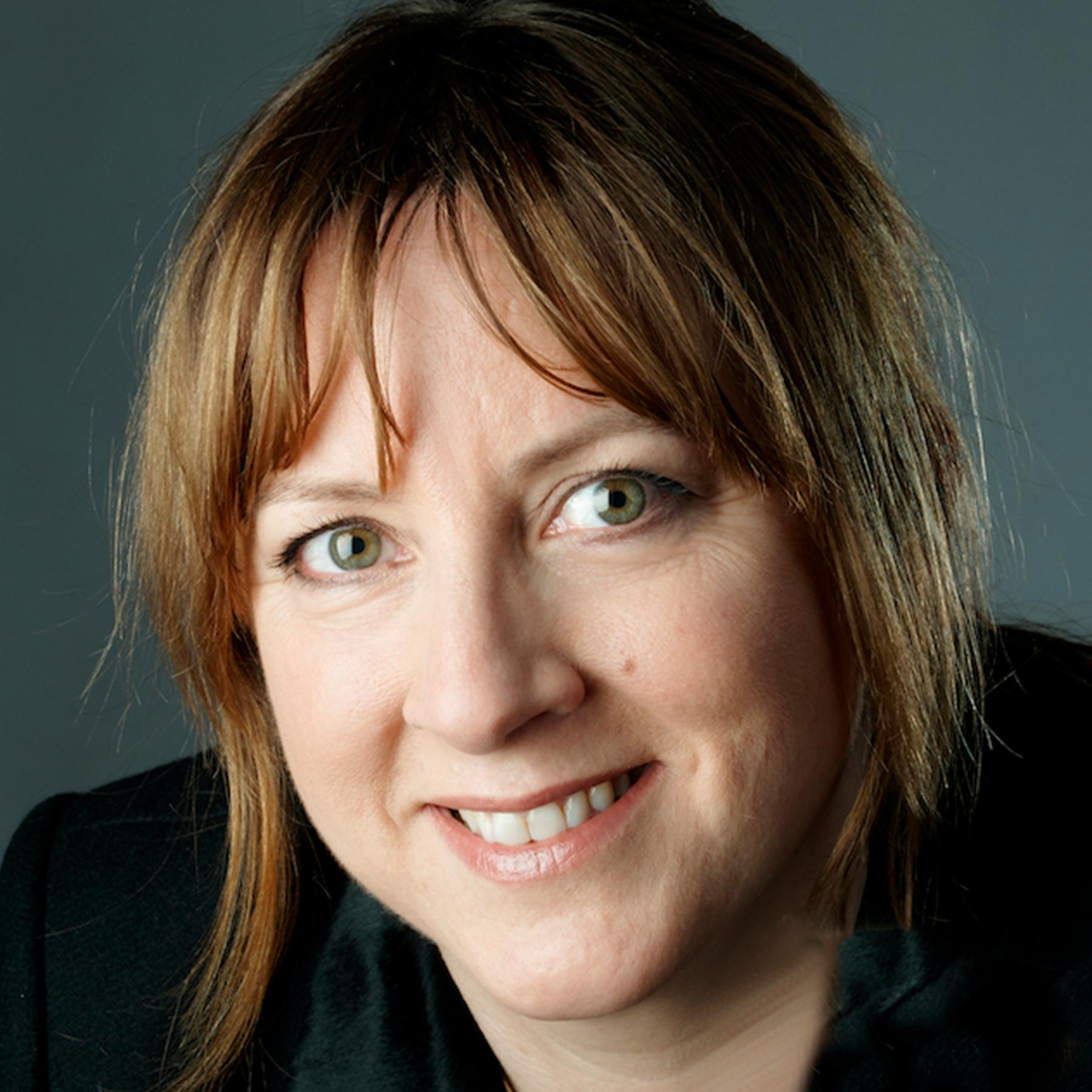 Karin is Founding Committee Member and Creative Director of ERA5050 and alongside Co-Founders Polly Kemp and Lizzie Berrington, has helped drive the award-winning campaign through its branding, positioning, communications, marketing and BAFTA launch.

By day Karin runs her own business within the creative industries, providing thoughtful and tactical communications and partnership development (recent projects include Contemporary British Silversmiths, V&A, the Serpentine Galleries, the Goldsmiths’ Company).

She was also part of the senior management team responsible for the £18m Goldsmiths’ Centre building and training hub in Clerkenwell in 2011.

An award-winning Royal College of Art trained designer with a background in jewellery design and contemporary silver, manufacturing and the luxury sector, highlights include managing the production of a jewellery collection for architect Nigel Coates’ Millennium Dome Body Zone and she has also designed work for Dior, Paul Smith, Liberty and consulted for Vivienne Westwood amongst others. She loves problem solving and helping individual creatives and associations. 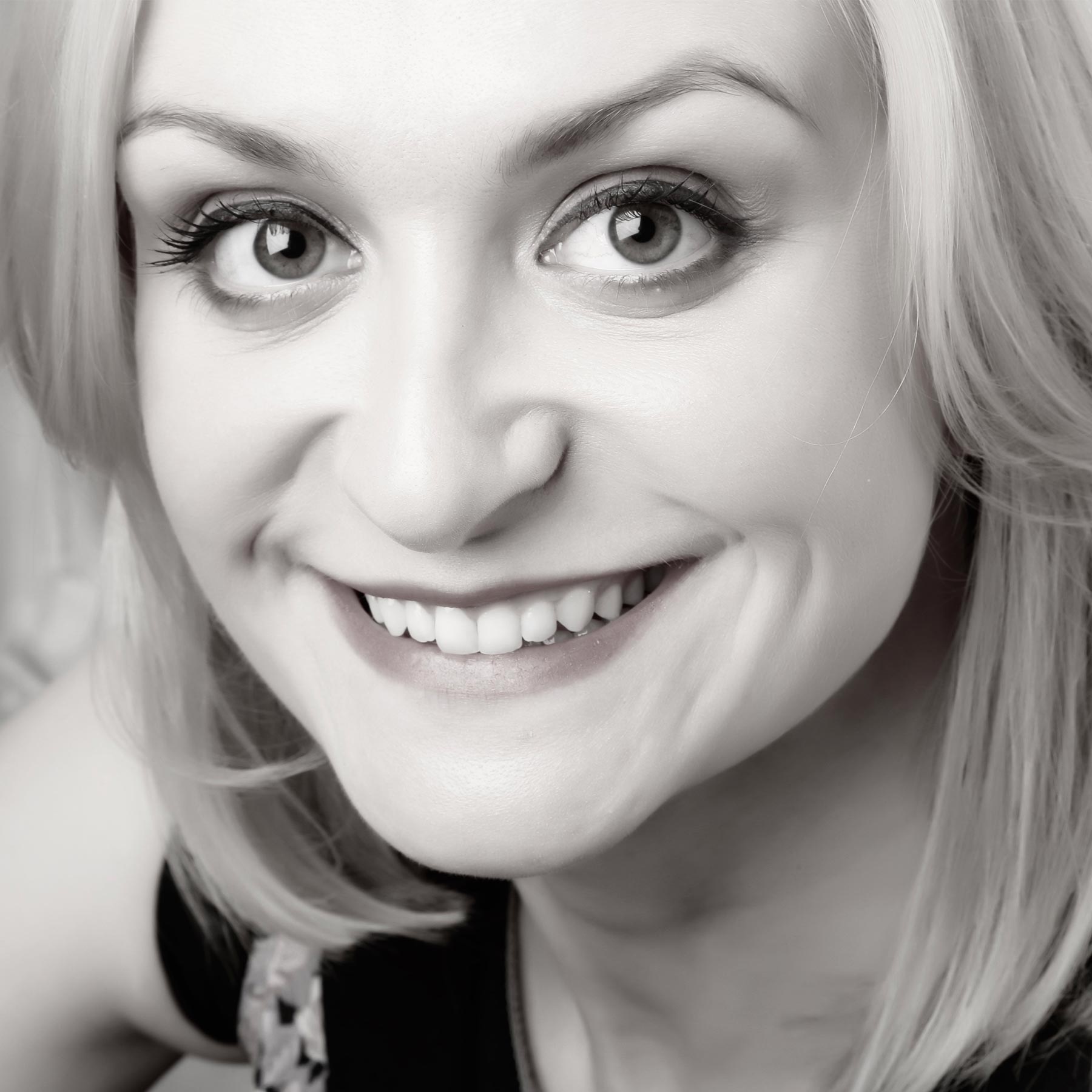 ‘It is enormously important to us at ScreenSkills to find and develop talent currently under-represented in the industry – and we all know that there is much that needs to be done to get women’s voices heard in comedy. We hope that this mentoring initiative will provide practical support to achieve lasting change and look forward to seeing the results.’
Seetha Kumar

There are some things in life one cannot NOT do and getting involved with this inspired and inspiring project is one of those things. This brilliantly creative initiative is well overdue, and we should all give it as much attention and practical support as possible.’
Jimmy Mulville

‘TIME’S UP UK is dedicated to achieving equal representation across the leadership of film, television and theatre sectors bringing about sustainable cultural change. Part of the way we do this is by championing the work with our partners, and so we are delighted to partner with our friends at ERA5050 to support TellHerVision – an all women writers’ room pilot. It’s a brilliant way to address the current gender inequality in TV comedy writing and the lack of access to comedy writers’ rooms and we are super excited to see what this opportunity brings.’

‘With a new opportunity that cleverly answers both “How can we create more opportunities for women TV writers?” and “Where are the women comedy writers?”, Primetime proudly champions our Industry Partners’ ERA5050’s #TellHerVision initiative.

We look forward to seeing more from not only the women chosen, but everyone who put themselves forward to be a part of this programme. By supporting and championing each other at every stage we can change the narrative whilst we work towards creating a sustainable work culture to support these voices so that they can continue to be heard.”